The Power Of Hashtag Marketing

Hashtags today are everywhere, from Twitter posts to billboard ads and TV commercials, but you shouldn’t use them just because everybody else does. To get great results, you need to understand hashtags, and how to use hashtags strategically.

The first step in creating any strategy is to know your goals, and that’s exactly what we’re going to talk about in this first installment of our Hashtags 101 course: the main goals that hashtags can help you achieve. We’ll talk about what hashtags are in the next lesson.

The first and most obvious reason to use hashtags is to reach beyond your usual followers and gain penetration into broader digital communities. We’ll go into deeper details about how and why this works in the future, but for now we’ll focus on the kind of results you can expect to get if you start using hashtags well.

There have been many quantitative studies conducted by Twitter and others on this. They have all found that using hashtags in a tweet boosts the chances of it being retweeted, favorited, clicked on, or answered; the increase is consistently measured between +50% and +100%.

These numbers are an average for all tweets with hashtags - including the tweets with bad hashtags. So, with a good strategy, you can expect even better results. And the effect isn’t limited to Twitter: using hashtags brings higher reshares on Instagram and Google Plus too.

The exception is Facebook: studies have shown that hashtags there have a detrimental effect on posts interaction . But if you want your content to reach more eyeballs on Twitter, Instagram or Google Plus, you need to invest some time in hashtags.

High-quality followers - those who engage with you and are therefore genuinely interested in what you share, and will also help you spread it even more - are hard to gain. You need to consistently publish interesting content, engage with other people, and add value to the community; hashtags help you do this by acting as a multiplier of your work. 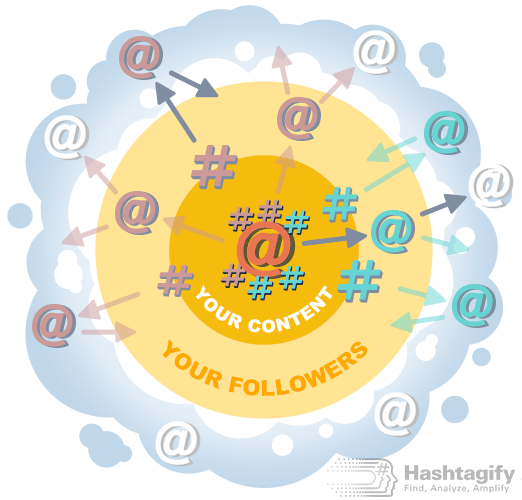 This is a direct consequence of increasing your reach. Sharing great content isn’t enough, people need to see it before they can even think about sharing it or starting to follow you. Moreover, hashtags can also be used to learn what your followers are interested in.

Find and connect with relevant influencers and prospects

Hashtags can also be used to find and learn about influencers and your target audiences.

Connecting with already known influencers in your field is one of the fastest ways to increase your own influence. Using hashtags and the right tools, it’s easy enough to find not only who those influencers are, but also what they’re interested in, and specifically what you have in common. This can really help your engagements with them become much more meaningful and impactful. 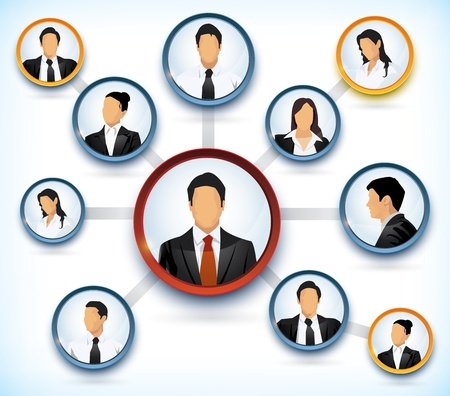 Depending on your field of market, the same techniques could also be useful to find and connect with potential customers.

Create a viral hashtag to multiply the power of your campaign

At the beginning of this lesson we cited the usage of hashtags on billboards and TV ads. This is the most visible use of hashtags, but it is actually a pretty specialised and limited one for most brands, as it depends on having lots of resources.

Indeed, creating and promoting your own hashtag is something that only makes sense in a few but important cases - when you have a campaign with a big budget, or when you can already rely on a high visibility or big fan base for your campaign.

In those cases, a custom hashtag can greatly multiply the power of your communication, especially if you can reach the nirvana of hashtag marketing - going viral. We’ll talk about these cases in the advanced course.

This was just an introduction to the world of hashtag marketing; there are also other goals that hashtags can help you reach, but those listed here are, in our experience, the most important and most common ones.

If you would like to achieve at least one of these goals, you have a very good reason to learn how to use hashtags at their best.

PS: A great way to save time when you want to connect with top influencers for a given hashtag is to use our tracked hashtags 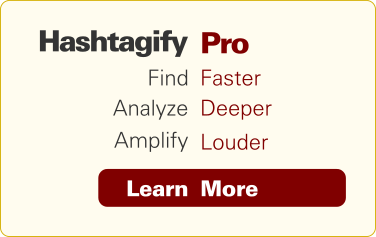