Hashtags Basics: Hashtags are free-for-all, but...

At least for now, on Twitter and the other major social platforms that support hashtags, anybody can use any hashtag they want, any way they want. You can even invent a hashtag on the spot, just by adding the hash/pound (#) symbol in front of any word, combination of words, or random sequence of characters and numbers - as long as the sequence doesn’t contain spaces or punctuation.

One important thing to know is that, when you search for a hashtag on Twitter, the search engine ignores character capitalization - #WORD is the same as #word. But for your readers, capitalization is very important: when you use hashtags made from more words, be sure to capitalise the first letter of each word. This will make the hashtag much easier to read, and will avoid possible misinterpretation.

The Grassroots Origin of the Hashtag

When in 2007 Chris Messina first proposed to use hashtags on Twitter to show that a tweet belonged to a specific grouping, this started as a completely grassroots convention. Even if Twitter didn’t give any special status to hashtags until two years later, they still worked well for this goal, because only one thing was required: if you search for posts containing #Word, the search should only show you posts with #Word, and not those with “Word” without the hash.

This still remains the core of the hashtag: a convention to show that your post is specifically about #Something, instead of one where you just mentioned the word “something” in passing. And an easy way for anybody to find all the posts about #Something. 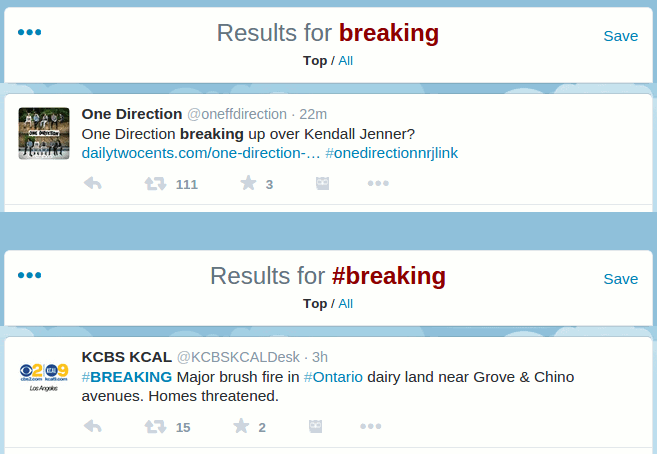 When their use was already wide among early adopters, Twitter started adding some specific features to make it easier to use hashtags. First, it automatically highlighted all hashtags, and made them clickable to easily search all the tweets for that hashtag. Then, it started prominently showing a list of the top trending hashtags.

These two simple additions made hashtags evident for everybody, not only those in the know, and Twitter immediately became a much more useful platform for discovering interesting trends and topics. A few years later, all the other major social platforms added the same, or similar, features.

OK, you can. But should you?

Let’s sum it up: any combination of characters or numbers, without spaces or punctuation, that begins with the hash symbol, is a hashtag. You are free to use any hashtags you want in your posts, and, when you do so, that hashtag will become highlighted and clickable for the reader to easily find all the other tweets using that hashtag. Last, when people search for that hashtag, they could find your post. So, should you use any possible hashtag in your posts?

As you might have already guessed (or read elsewhere), the answer is no. Why not? Because using random hashtags is considered spam, and has many more downsides than upsides.

First of all, if people search for #This, and find your tweet that talks about #That, but where you also hashtagged the word #This just to increase your findability, at best they will ignore you. At worst, they will mark you as a spammer, and if enough people do this your content will become penalised by Twitter and most other platforms.

Second, even your followers and other people who are actually interested in #That, and who could like your content, aren’t going to appreciate you using irrelevant hashtags - and even using too many relevant hashtags will irritate many people, who could stop following you just for this reason.

How to actually choose the right hashtags will be the subject of entire future lessons. But the basic principle can be summed up in just three words: meet people’s expectations.

If a user searches for the hashtag #PhotoOfTheDay, what does she expect to find? In this case it’s pretty obvious: an interesting picture. So, if you’re posting a beautiful picture of your backyard taken today, this hashtag is highly relevant. This isn’t enough to say that you should use this hashtag to get the best results, but it’s enough to say that you can use it and not get any backlash. 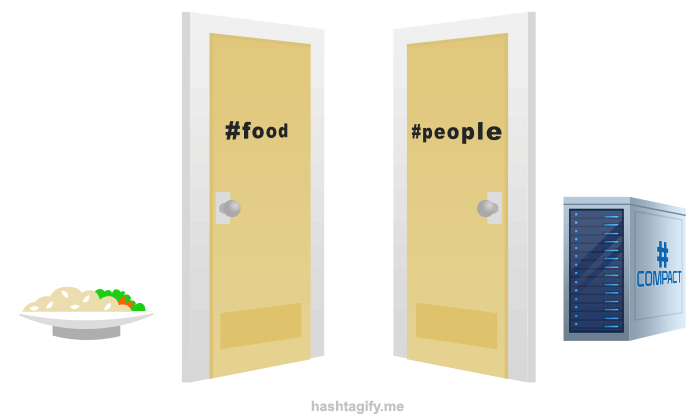 That user could find your article interesting if he found it at the right time, but if you do not meet his expectations when he executes his search, you’re much more likely to get no reaction at all, or even a negative reaction. And always remember that your followers will judge your hashtags and your respect for readers. So, don’t fall into temptation, and when in doubt always try to think what would your expectation be if you searched for a given hashtag.

Congratulations ! You have finished our Hashtags 101 course. The next lesson will be for the Advanced Hashtags course, where we're going to start delving deeper into the secrets of hashtag marketing.

PS: If you need to check what a hashtag is really about, one great way is to use our Find, from our home page. Did you know that you could find up to 30 related hashtags with our full version?